Hello everyone! Today I’m happy to share the cover for the fifth Sword and the Flame novel, The Dragonmaster. It’ll be available for pre-order September 20 and released on November 1.

And here it is… 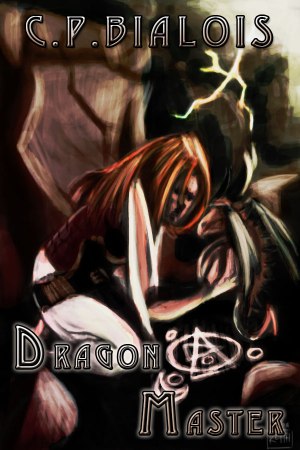 When the Gods call, mortals answer.

Reaching Solava Proper seemed like the end of their journey, but fate and the Gods have other plans for Gilliam and his friends.

Old friendships are rekindled and strained as the friends are forced to find a way to prevent an upcoming war and protect an innocent princess tied to the heart of it all.

Through their adventures, the Phoenix watches as he prepares for a possible conflict between the Gods. When a single move could mean failure, will his efforts succeed or be for naught?

Without a word, Fauna nudged her horse toward the portal with Mern at her side. The usual floating and light-headed sensation swept through them as they traveled the roads of magic. Once they stepped through, the portal closed, but not before a smaller shape hurried into the opening behind them. With its use completed, the portal closed as though it had never been there.

Stepping through into a strange forest was bewildering at first, but Mern and Fauna’s previous use of such traveling methods gave them the knowledge that the feeling would pass. For the one following them, it proved something else entirely.

Reh Venata was many things, but a dabbler in the ways of magic wasn’t one of them. The magical portal had looked like a doorway, but once inside she found it difficult to navigate. Countless voices called to her from every direction, and images of places she had wished to see again appeared all around her.

The only thing she could so was try to follow the magus further, but her feet couldn’t find a purchase on the swirling ground. She was about to scream for help when the pair disappeared. The swirling whiteness of the portal shifted and started to shrink. Without thinking, Reh let out a squeal of fright and dove toward the first image she saw of a chamber room.

She closed her eyes and prayed the image she saw was in her father’s castle. The next thing she knew, she landed on her stomach with a thud among a series of shouts and curses. It took her a moment to realize she was laying on someone.

At hearing the shouting, Reh expected to be back with the Goblins, but when no one grabbed her, she forced her eyes open and found herself in a dining hall. It took her less than a second to understand she wasn’t in her father’s castle, but it looked familiar. When she looked down to see a Dwarf with a gray-touched red beard beneath her she let out a gasp.

“Oh, I’m so sorry. I didn’t mean to… I mean, I did, but I… Oh, dear.” Reh tried to push herself from her perch on top of the Dwarf, but her hand slipped and she drove her knee into him. The Dwarf’s eyes crossed, his face turned red, and tears poured down his cheeks.

“Blasted… Gods…” The Dwarf rolled over and spilled Reh onto the stone floor.

Reh pushed herself to her knees and looked around at the faces staring at her. “I’m sorry. I didn’t mean anything.” Gentle hands took hold of her shoulders and helped her to her feet.

“It’s all right. No one is blaming you.” The man holding her smiled.

CP Bialois’ love of words began as a small child when his father bought a stack of comics to teach him the reading skills he wasn’t mastering in class. Before long, he was reading at an advanced level and teachers were shaking their heads over the unconventional method.

Growing up in the ‘80s, Bialois was exposed to even further inspiration through the popular cartoons of the day. Transformers, in particular, sparked his imagination and led to him put his first stories on paper. After a decades-long break, Bialois began getting back into the world of writing by joining some role-playing groups. These groups taught him about fleshing out characters and building worlds that stuck with him as he began writing short stories for fun.

To his surprise, Bialois would end up completing his first full-length novel, Call of Poseidon, in 2007. Armed with a finished product, Bialois began working on another book, The Sword and the Flame, unsure of what he would ultimately be doing with either. As with many others in the later part of the first decade of the 2000’s, he found himself out of work and looking into new options. Over the next two years, he would spend most days at the library, completing an additional half-dozen works.

Twelve books later, Bialois is planning for the release of many more and enjoying the feedback he receives. The up-and-coming author takes inspiration from favorites such as Steven King, Tom Clancy and Sue Grafton. His love of history, fantasy and old monster movies has also served as a muse.

When he’s not busy writing or chatting on his social networks, Bialois enjoys watching hockey and football as well as Metallica DVDs. He currently lives with his wife- a fellow writer- and their fur children. CP Bialois is also active in several South Florida writing groups, as well as the online writer community, and the Florida Writers Association.

2 thoughts on “Cover Reveal: The Dragonmaster”